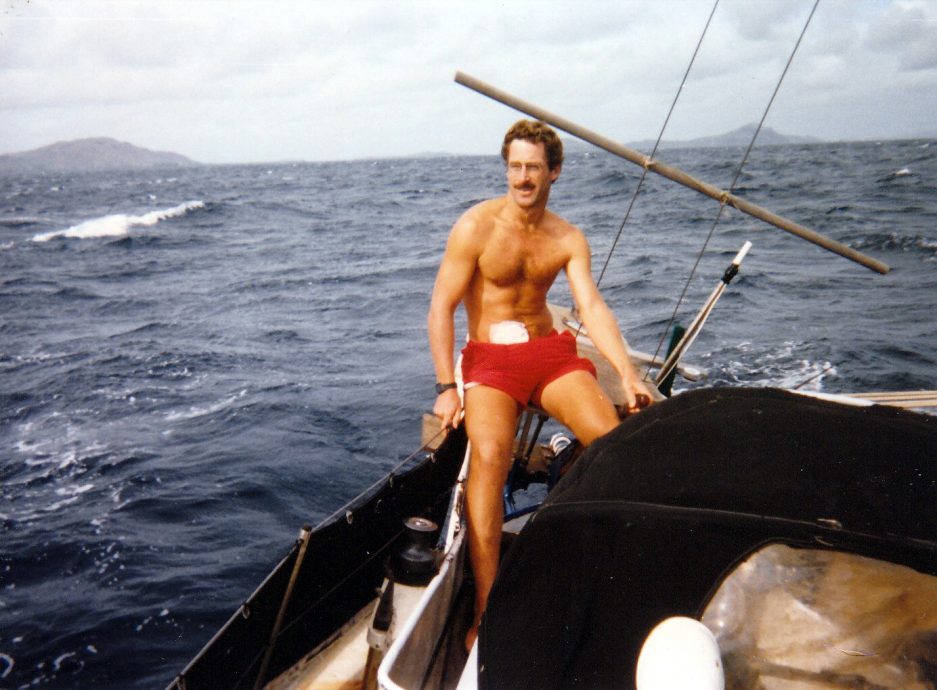 Author’s note: In 1997, Cambodia was embroiled in a brutal civil war, while still reeling in the aftermath of the Khmer Rouge’s reign of terror that led to the deaths of nearly a quarter of the population through execution, torture, starvation and disease.

At the same time, Cambodia was experiencing the most serious and rapidly progressing HIV/AIDS epidemic in Asia, and was on the brink of becoming one of the worst affected countries in the world. As Project Officer for STD/HIV/AIDS, I was responsible for setting up and managing UNICEF’s country program of assistance to government and international aid agencies in Cambodia, which included development of innovative multi-sector capacities for the prevention and control of HIV/AIDS in the country.

The trip with the Royal Cambodian Navy and the WHO Malaria Team was up-lifting in a number of ways.  A five hour voyage to a distant island on a comfortable Naval battleship, hosted by the fine crew and their impeccable leadership. In a flawless white uniform, the Cambodian Admiral embodied honor, responsibility, and respect.

We delivered mosquito bed nets, condoms and prevention education to soldiers based on three outer islands and treated the soldiers who were suffering from Malaria. It was refreshing to witness some humanity in the midst of so much turmoil in the society. The young military men were clearly appreciative, and the leadership worthy and honorable.

It was encouraging to see effective medical treatment solve a health problem like Malaria – at least in the short term. But bed nets, condoms and prevention education were necessary for long-term control of Malaria and HIV.

Although the life saving combination drug therapy known as the “AIDS cocktail” could help manage HIV as a chronic disease, it was not a cure. And the widespread poverty and years of armed conflict which had created conditions favorable for HIV transmission in Cambodia required longer-term, multi-sector interventions to promote safer behaviors.

For example, a string of brothels on the mainland were host to many of the young men on shore leave. But would they remember and be willing to use the condoms we gave them – and sleep under the bed nets?

Then there was the time I walked into my apartment and found a strange girl asleep in my bed.  It was the height of the dry season. Whatever had been dumped, spilled, drained, coughed, sneezed, shat or spat into the streets was now a swirling cloud of fine dust – just waiting to deposit germs in your lungs – resulting in a nasty bronchitis that had the whole town coughing and gagging, and I was feeling pretty sick as well.

I was on my lunch break – UNICEF operated on the European two-hour lunch break – and I had just finished eating at a restaurant around the corner from my apartment and was headed home for a nap. As I was leaving, I noticed an attractive Cambodian woman of about 30 eyeing me from a table next to the door. So while passing, I politely said hello, and in my limited Khmer briefly explained that I was not feeling well and needed to go home to rest before returning to work.

We parted, and I continued home. But no sooner had I put my feet up, there was a knock at the door. She had followed me home, and somehow talked my guard into letting her in the gate!

So, I offered her a glass of water, and again tried my limited Khmer for some small talk before ushering her to the door and bidding her farewell – and again, thought nothing more of this. After all, I was feeling really miserable and just wanted a nap before returning to the office. So it came as a complete surprise when arriving home that night to find her fast asleep in my bed – wearing my tee shirt and gym shorts – her long black hair spilling over the pillow she clutched.

So began my friendly relationship with Vany – who had lived through the all-too-common stark suffering and death as a result of the brutal Pol Pot years. Her parents were presumed dead, and so were her husband and child. She had been working in the casino ship moored in the center of town and had been laid off – and for some reason could no longer stay with her sister, who was also working in town.

She spoke no English, but did know some French, and I suspected she may have been the girlfriend of a resident Frenchman who had since left Cambodia, and was looking for a new boyfriend/ benefactor.

So we made a deal – she could be my housekeeper and do the marketing in return for room and board, as long as she was looking for a new job. She also became my Khmer language tutor, and stayed with me for the remainder of my time in Cambodia. My contract with UNICEF was coming to a close in a few months, but before I left Phnom Penh, she found a job and moved back in with her sister.

The Project was up and running, and since that time, Cambodia has made substantial progress in preventing and mitigating the impact of HIV and AIDS, and is one of the few countries in the world which has been successful in reversing its HIV epidemic and achieved near universal access to HIV/AIDS treatment. This was achieved through targeted prevention programs that increase awareness of transmission and promote condom use, and the expansion of comprehensive care and treatment services throughout the country.

A 1999 external review of the UNICEF Mekong Region STD/HIV/AIDS Project concluded that:

“The Project has been successfully implemented and made valuable contributions at both country and inter-country levels to strengthen the capacity of a range of partners to respond more effectively to STD/HIV/AIDS prevention and care needs. Project implementation has been well managed and technical guidance has been good at all levels of project implementation. Activities undertaken have been appropriate, well designed and delivered, consistent with national priorities and responsive to emerging trends in the epidemic, and can be demonstrated to have considerable impact and have the potential to be sustainable. UNICEF’s commitment to collaborate with a wide range of national and international partners means that the effort is not isolated and has had an impact on, and benefited from the programming approaches of other agencies.”

Since that time, Cambodia has made substantial progress in preventing and mitigating the impact of HIV and AIDS, and is one of the few countries in the world which has been successful in reversing its HIV epidemic and achieved near universal access to HIV/AIDS treatment.

This was achieved through targeted prevention programs that increase awareness of transmission and promote condom use, and the expansion of comprehensive care and treatment services throughout the country.

Despite Cambodia’s success in controlling the HIV epidemic, more must be done to maintain the momentum in combating the spread of the virus, especially among the nation’s most vulnerable and marginalized populations, which include women, children and young people.

I returned to Hawai’i in June 1998 after two and a half years with UNICEF – six months in Fiji and two years in Cambodia. The East-West Center in Honolulu graciously provided me with an office to edit 20 years of personal journal entries while contemplating my next adventure.

My former landlords also welcomed me back to a quiet, refurbished top floor apartment – with spectacular views up to steep mountains and deep valleys, misty with passing showers and rainbows, and down to the sea, sunsets and the lights of Waikiki.

Biking to the beach each morning in the cool of the dawn just before the sun appears over the hills, a brisk swim out to the reef and beyond refreshes body and spirit. Moving through crystal clear water with the fish, sea turtles, and an occasional eel or ray. Then, seated with a cup of coffee under the coconuts in the morning sunlight – steady breezes under clear, blue skies, watching the surf roll in – indulging the artist’s lifestyle.

As 1999 dawned, I joined a friend for six weeks of travelling in Thailand, Indonesia – and Vietnam, where I would soon enter the next chapter of fun, adventure and serendipity.

You can read more about Jim’s backstory,  here and here.